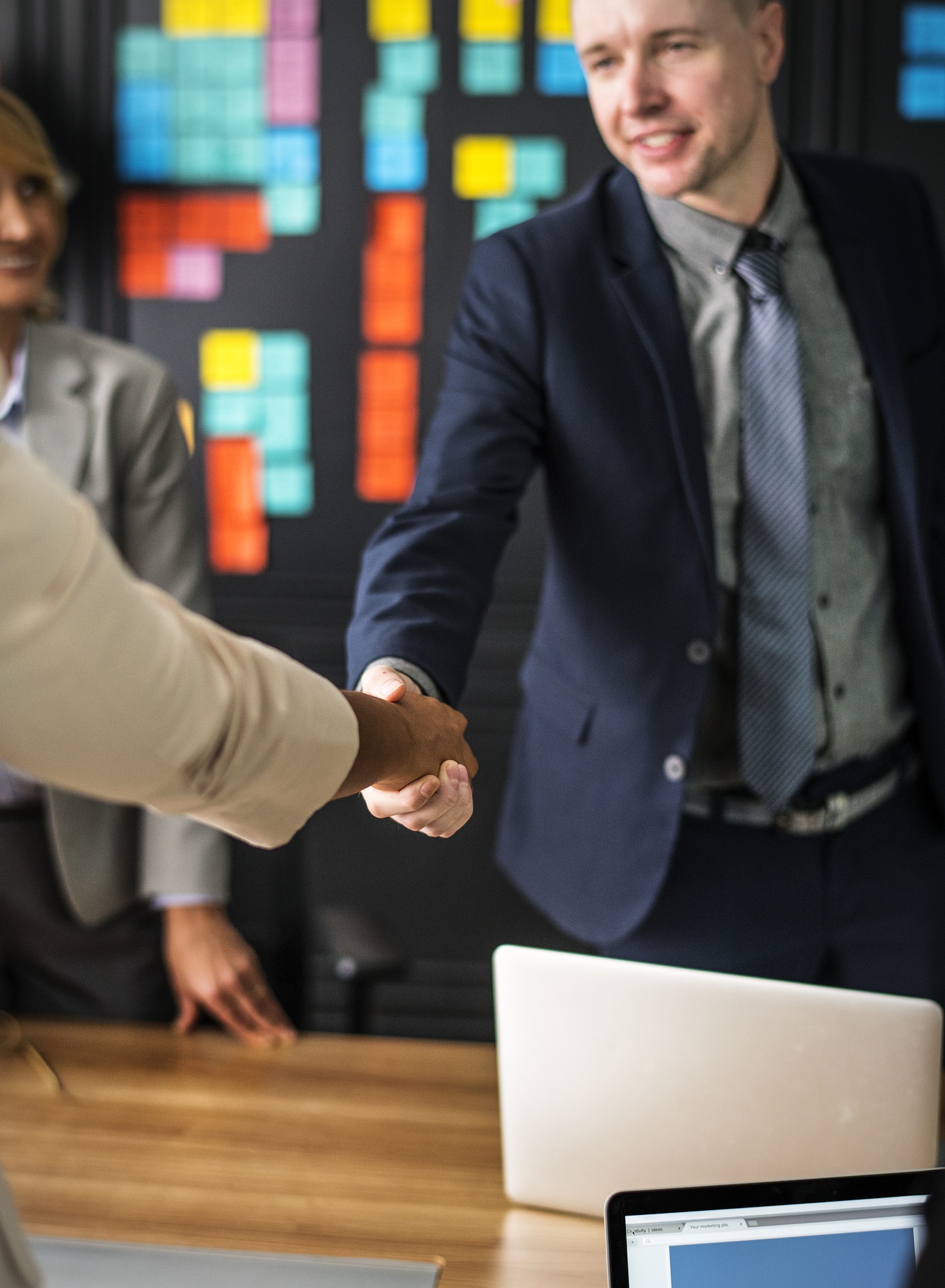 In early 2009 we started to do some work for Gill Brabner, Head of Training Provider Services, with the NHS in West Essex.

The training and development work was a combination of high-level one-to-one coaching and work with both very small and larger groups in communication, presentation training and leadership development for the top level of management.

This training was extremely successful and produced very positive feedback from all concerned.

We were subsequently contacted by Jane Mackie, Head of Training and OD, Commissioning, to run two similar courses for the Executive team of the Commissioning Arm of the PCT in the hospital. We explored in detail the individual roles and the different professional challenges which each role presented, and also the possible demands which could present themselves in the future with the many changes taking place within the NHS. After much thought and discussion, we then devised a course to suit their particular needs.

The trainees were highly motivated, experienced and dedicated professionals who were exceptionally good at their jobs and cared deeply about their role in making St Margaret’s Hospital as valuable, efficient and successful as it could possibly be.

The challenge was to ensure that they could also be able do themselves justice, whatever the occasion, in a wide range of demanding and sometimes stressful communication situations – with the public, with patients, with the media, at conferences, at meetings, and so forth.

People frequently judge a speaker by the manner and style of his/her delivery and not by the message. The pressure of speaking at a large public meeting for someone who is happier in a ward or a consulting room can mean that they are out of their comfort zone and this might well be reflected in their body language, vocal tone, use of language, and vocal delivery, as well as by the way they prepare the information.

The training session was a very practical one, focusing on the physical, emotional and intellectual demands of speaking in public. The need to prepare was emphasised and relevant exercises for posture, breathing, vocal tone, clarity, and vitality of delivery were demonstrated and experienced; the aim being to get a balance between the style of the speaker and the substance of the speech.

The importance of a powerful and appropriate opening was discussed and practised, both to enhance the confidence of the speaker and to establish a strong rapport and bond with the audience.

The trainees delivered two separate presentations during the course of the day, one of a more informal nature, introducing themselves and their role in the hospital, which was filmed, replayed and analysed for impact, style, content and effectiveness. The crucial importance of preparing for speech and not print was discussed and relevant techniques and strategies for preparation were demonstrated.

It is not always easy to look at yourself on a screen, but the trainees were encouraged to think ‘he’ or ‘she’ and not ‘me’ as they watched; in other words if ‘I were to see that person speaking would I think he/she wants to be here, knows what they are talking about, believes in what they are saying?’, etc. The second presentation was to be as if to a more formal and demanding audience... such as a larger audience of high-status delegates. The remainder of the group were to role-play questions at the end of the speech. The trainees were encouraged to build on and incorporate the skills and techniques which they had explored during the morning. These presentations were also replayed and analysed as before.

At the end of the session, all trainees got their own DVD plus a pack of Guidance Notes, which covered most of the things which were likely to have been explored, including all the exercises we would have done during the course of the day. A few days later each trainee was sent a set of personal feedback notes detailing all the individual comments which had been made to them specifically.

The two groups of trainees were immensely impressive and already communicated at a high standard of professionalism. They were highly motivated, energised and responsive, and had reached their present positions through a range of different routes. This training enabled them to celebrate their individuality, build on their confidence and do full justice to their expertise, commitment and passion for the NHS. It was valuable to recognise that each trainee needed to find the style and approach which suited them, and not to feel they should try to make themselves what they were not. Essentially, people listen to information because of the person who told them – not because of that person’s job title.

They realised that they were still communicating while they were playing a role, as they listened to questions as well as when they responded, and understood that their thoughts and body language could be as eloquent as their words.

They learned how to talk ‘to’ and not ‘at’ a large audience, how to make each person present feel that they were being spoken to individually, that a relationship was being created.

The value and use of visual aids were also examined – when to use them, how to use them, timing and content. Some of the trainees worked best with them, some without... which is just as it should be!

The two sessions were dynamic, interactive and very positive. The dedication and integrity of the trainees was memorable and powerful.

Susan puts her heart and soul into the course – she has energy and enthusiasm in abundance. I found her feedback to be targeted, insightful and helpful not just for presentations, but applicable to how I present myself generally. The exercises and techniques she teaches are practical and easy to put into practice, but make a huge difference. It was a very good day.

I mean every word – thanks for a great day.”
Jane Mackie Head of Training and OD, Commissioning

Susan provided the opportunity to practise the tools of delivery which she shared with the group. Although, initially I was a little uncomfortable with the video and ‘role play’, the relaxed and supportive environment created by Susan enabled me to really test out the learning – which certainly provided me with huge benefits. The video replay was a real help in identifying where improvements could be made.

Soon after the training session, I presented at a regional conference and endeavoured to apply the learning. My feedback from the conference facilitators was that I was An ‘excellent speaker’, ‘very clear and informative’ with ‘energetic delivery’ and that I ‘kept to the point’ and ‘added humour’.”
Jenny Minihane Director of Nursing.